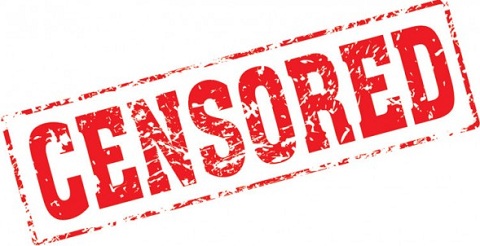 The 21st century heralded as the age of technology, is an age wherein almost everything occurs in the digital space. From making payments to even searching for love, technology has truly impacted everyone’s lives. This technological advancement has touched even cinema, originally accessible only through movie theatres and later through television. However, today one has access to movies and television shows via several online content providers (commonly known as streaming websites) namely Netflix, Prime Video, Hotstar etc. Interestingly the laws regulating the content shown in theatres and those regulating the online space, are different with the former being subject to more scrutiny.  However, this might cease to be the case due to a recent  Public Interest Litigation filed in the Bombay High Court seeking regulation of content on streaming websites. Through this PIL, the petitioners pray for a stricter model of regulation being formed for online content, akin to the one currently applicable for movies, shows etc; released in theatres & television.

In this present post, I aim to analyze the legal validity of such a plea and whether an extension of these regulations can be made. I shall begin by first discussing the provisions of the Constitution involved in this question. This shall be followed up by a brief discussion on the censorship of movies. I shall then discuss in detail the tenability of the argument for regulating online content.

Constitutional Provisions involved:
Central to this petition are two provisions of the Constitution namely the Right to Freedom of Speech and Expression enshrined in Article 19(1)(a) and  reasonable restrictions imposed through Article 19(2) on the above right. These restrictions can be imposed on the following grounds namely – the interests of the sovereignty and integrity of India; the security of the State; friendly relations with foreign States; public order; decency or morality; or in relation to contempt of court; defamation or incitement to an offence.

It is trite law that any artistic work (a book, movie, poem, song etc.) is a form of expression and is entitled to the protection of Article 19(1)(a). The restriction on these artistic works is usually imposed on the grounds of public order, decency or morality.

It is to be noted that there are three requirements which need to mandatorily satisfied before the government imposes the restrictions. They are: the restriction must be imposed by a valid law, it must be reasonable, and must be proximately related to purposes mentioned in the respective sub-clauses of Article 19.

Censorship of Movies:
Before I attempt to answer whether censorship of online content is constitutionally permissible, it would be beneficial to understand how censorship of movies occur, given that the petition draws a parallel from the same.

In India, before a movie can be screened in theatres it needs to obtain a censorship certificate from the Central Board of Film Certification [“CBFC”]. The CBFC watches the movie and accords it a certificate (U; U/A or A) based on several parameters. The CBFC possesses wide discretion in the decision of granting certificates,* which as of late has brought it into bad light for using such discretionary powers to impose its own notions of morality and curb free speech. CBFC at times has also directed the producers to remove and amend certain content from the movies as well.

The above regulatory regime is a form of pre-censorship, as the movie needs to be viewed by the body before it is released. Such a censorship has been granted the sanction of the Court by terming it a reasonable restriction on grounds of public morality and decency [K.A. Abbas v. Union of India].

Therefore, if the argument of importing a similar preliminary screening authority for online content is accepted, censorship akin to the above would be applied there as well.

Censoring Streaming Websites:
Before I begin to address the tenability of censoring streaming websites, it would be relevant to clear the air around the myth that online content is free from any regulation. Content on streaming websites is subject to every general law in force. These laws inter alia include Information Technology Act (§ 67 of which makes screening of obscene material punishable); provisions of the Indian Penal Code; Indecent Representation of Women’s Act etc.* The only difference between the application of laws in movies and online content is the time of their application. In the first case, they are applied before screening while in the latter, they are attracted post the screening. Therefore, in streaming websites currently there is no pre-censorship.

Now, the question which emerges is whether such content can be censored similar to movies. The answer sadly seems to be in the affirmative and my reasoning is based on two arguments. The first one lies in the verdict of the Supreme Court wherein it had upheld censorship of movies. The Court speaking through Hidayatullah J., elaborated on the need of censorship stating that a motion picture stirs a person deeply as compared to other forms of art, which is why pre-censorship, is required. The Court stated,

“Further it has been almost universally recognised that the treatment of motion pictures must be different from that of other forms of art and expression. This arises from the instant appeal of the motion picture, its versatility, realism (often surrealism), and its coordination of the visual and aural senses… The motion picture is able to stir up emotions more deeply than any other product of art. Its effect particularly on children and adolescents is very great since their immaturity makes them more willingly suspend their disbelief than mature men and women. They also remember the action in the picture and try to emulate or imitate what they have seen… It is also for this reason that motion picture must be regarded differently from other forms of speech and expression. A person reading a book or other writing or hearing a speech or viewing a painting or sculpture is not so deeply stirred as by seeing a motion picture. Therefore the treatment of the latter on a different footing is also a valid classification.” (¶ 20)

The above reasoning was based on the notion that movies back then were a source that left a lasting impact on the individuals as compared to other forms of art. The same reasoning can be applied to online content today, as the rising number of subscribers to online streaming websites show that we are moving away from a traditional movie theatre experience to an online experience. Therefore, similar to what was said by the Court for movies can now be said about online content.

Second, the government might want to censor online content as well, to save itself from an attack on grounds of Article 14. The article guarantees every citizen the fundamental right to equality. In simpler words, equals have to be treated equally and if any state law fails to do the same, it can be struck down. The application of the Article can be avoided if the government can prove that the differential treatment is based on intelligible differentia (intelligent reason for differential treatment) and has a rational nexus to the object. Similar appeal of online content, cost-effectiveness, rising number of subscribers, impact and access to children all indicate that there is no intelligible differentia or rational nexus in treating the two differently. The conclusion could be two fold-either pre-censorship is removed altogether or imposed on both movies and online content as well.

While legally the government may be in the right if it does concede to censoring online content, I believe that such a move would deliver a severe blow to free speech, which should be curtailed only in cases of necessity. As a country we have seen the repercussions of pre-censorship of movies, from title changes to unnecessary cuts to not granting a movie certificate at all. Imposition of similar standards to the online content, would just repeat history. The ball is now in the hands of the Court, whether it takes a libertarian stance or a conservative one. However, I believe the judgment of KA Abbas, would act as a roadblock to the libertarians as being a Constitution bench decision, it binds smaller benches including the High Court. Currently a petition is pending in the Supreme Court with a prayer to remove pre-censorship from movies and also reconsider the said case.

I would like to thank Ms. Chandni Ghatak for her valuable inputs and reviewing the article.

[The opinions expressed in the article are solely of the author.]

* CBFC in 1991 issues certain guidelines creating additional grounds [above and beyond their parent act; see § 5(b)] which were to be adhered to while granting a certification. They inter alia include:

One may clearly see that the guidelines are extremely vague and vests the CBFC with immense discretion and power to interpret them any way they deem fit.

* Therefore, it is incorrect to say that shows like ‘Sacred Games’, ‘Game of Thrones’ etc. do not attract any law on their streaming. The producers and the owners of the streaming website can be dragged to Court for allegedly screening obscene content or inciting religious feelings etc.