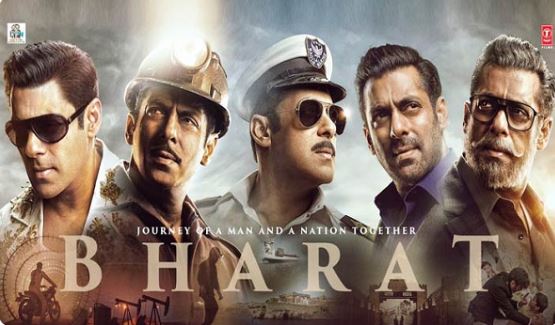 Every nation has certain emblems and names that are sacrosanct to it. These emblems and names hold a very sacred position in the hearts of the citizens, as they may be reflective of the nation’s independence struggle, its unique identity, its heroes or other nationalistic/patriotic feelings. Tampering or misusing such emblems or names is prohibited by law.

Bollywood actor Salman Khan’s latest movie ‘Bharat’ has been embroiled in this controversy, wherein the makers have been accused of using the name ‘Bharat’ i.e. India for commercial purposes. In furtherance, a Public Interest Litigation Petition was filed before the Delhi High Court seeking a change in the title. Although, the Petition was summarily dismissed for improper motives of the petitioner, the question of law involved is novel and interesting. Since, the Court stopped short of discussing the legal position; I aim to address the same in the present post.

The post shall first explain the law governing the use of protected emblems and names in India. A discussion on the procedure for raising such a challenge shall also be undertaken. This shall be followed by addressing the controversy around the title ‘Bharat’ and whether an individual/entity can use it for commercial purposes.

A. Law on Use of Emblems and Names:

The Emblems and Names (Prevention of Improper Use) Act, 1950 (‘Act’) is the law governing the use of emblems and protected names. The objective of the Act is to prevent the improper use of certain emblems and names for professional and commercial purposes. The enactment is in furtherance of UN General Assembly’s recommendation, that its members should take necessary action to prevent the commercial use of its emblems, official seal and the name.

Section 3 of the Act, prohibits the improper use of certain emblems and names prescribed by the Central Government, for the purposes of trade, business, profession. It also prohibits the use of such emblems and names in the title of a patent, trade mark, design etc. An exception however is if the consent of the central government has been obtained. A violation of the Section carries a fine of Rs. 500 (§ 5). However, the party is granted time to adjust their business or affair so as to alter their emblem or design, which have been held violative of the Act [M/s Sable Waghire v. Union of India, (1975) 1 SCC 763].

The protected emblems and names are provided in the Schedule annexed to the Act. They inter alia include:

[The Court in Ravikanth Shinde v. Managing Director [2003 SCC Online AP 548] prohibited a manufacturer from using a pictorial representation on packets of salt, as it was similar to the picture of Mahatma Gandhi taken at the time of the famous Dandi march. The picture gave the impression that the salt had something to do with Mahatma Gandhi].

[The Act empowers the central government, to add/remove names from the Schedule.]

Out of the protected names listed above, the last one is the most contentious. It is explained in detail below.

The Courts’ seem to interpret the phrase liberally. For instance, in South India Textiles v. Govt. of A.P. [AIR 1989 AP 55], the name of the party’s partnership firm i.e. ‘South India Textile’ was challenged for violating the phrase. The Andhra Pradesh High Court, rejecting the challenge held that ‘South India’ is not a State and hence, does not reflect upon any State Government or the Government of India.

Similarly, in Goenkarancho Ekvot v. Union of India [AIR 2007 Bom 184], a registered trade mark ‘Goa 1000 Gutka’ was challenged. The High Court rejecting the same held that the Schedule to the Act, does mention names of any places. It also held that the Government of a State cannot be synonymous to the name of a place (i.e. Goa in the present case). Therefore, as long as the name does not directly indicate the aegis of the government, the phrase is not attracted.

The requirements of the Act can be summarized as follows. First, the name or representation in question should be used for commercial purposes. Second, it should relate to any of the particulars mentioned in the Schedule to the Act. The exception however, is where the consent of the Central Government has been obtained.

B. Approaching the Courts for violation under the Act:

The Act is silent on the appropriate authority to be approached by an aggrieved person. The practice however is for the aggrieved party to file a First Information Report with the police or write a representation to the Central Government. Courts have time and again cautioned parties against approaching High Courts/Supreme Court via a Writ Petition or a Public Interest Litigation, for alleged violations of the Act [V.K. Naswa v. Union of India, (2012) 1 SCC 542]. The reason is that adjudicating such a question requires consideration of several facts i.e. the nature of usage, the ‘name in question’ and its conflict with the Schedule etc., which a High Court or the Supreme Court cannot undertake.

Where the alleged violation of the Act is committed by a media agency (i.e. newspaper, news channel etc.) the appropriate authority is the Press Council of India [§ 14, Press Council Act, 1978 read with Press Council (Procedure of Enquiry) Rules, 1979]. The Court reiterated the above in Ajay Gautam v. Press Council of India [2018 SCC Online Del 7426], where the Petitioner had challenged the use of Prime Minister Shri Narendra Modi’s picture by Reliance, to promote its new Jio Connection.

Aggrieved by the use of the word ‘Bharat’ in a movie title, an individual approached the Delhi High Court seeking an amendment in the same. The Petition was not entertained by the Court and summarily dismissed (without assigning reasons). In my opinion, the petition was bound to fail given that the individual incorrectly approached a High Court, when she/he should have either filed an FIR or written to the Central Government. However, even if we ignore this technicality, the Petition would have failed as in my opinion the use of ‘Bharat’ by the makers is legal and valid.

First, it can be argued that textually the Act prohibits using the name of ‘Government of India’ and the Constitution defines India as ‘Bharat’, therefore indirectly the use of the word ‘Bharat’ is prohibited as well. However, in practice the Courts have not adopted such a relaxed and indirect interpretation. In Bharat Chambers v. General Manager [2012 SCC Online Mad 3928], the Court allowed a partnership firm to use the name ‘Bharat’ stating that the same did not violate the Act.

Second, it can be assumed that the permission of the Central Government (which is an exception to the Act) was obtained by the makers. The Central Board of Film Certification (‘CBFC’), which is the government body entrusted with the task of certifying films, is legally bound to check whether a movie violates the Act or not (vide the S.O 836(E), dated 6.12.1990). Therefore, the fact that the makers were granted the certification by the CBFC means that either the movie (including the title) complied with the Act or the central government gave it an approval.

It has been famously said that, ‘what is in a name’. However, some names gather such sacred significance that they can stir and arouse human sentiments. National consciousness in such cases demands that such sentiments should be respected and an entity/individual should not be allowed to exploit them for commercial gains. While I personally believe, that such esteemed symbols and names do not require any form of protection given their stature, the majority of our population seems to disagree.

[The opinions expressed in the article are solely of the author.]

There has been excessive debate over Andhra Pradesh government's Bill establishing three capitals in the state. In the latest post on my blog, I discuss the Bill and attempt to answer the question of who has the power to declare a territory as the state's capital i.e. the Centre or the State government? Feedback is welcome. #law #andhrapradesh #threecapitals #constitution
Just a gentle reminder to our political leaders that it is against the law to make speeches that seek votes in the name of religion. #law #delhielections2020 #constitution #constitutional #india
Happy Republic Day to all my fellow Indians! On my blog today, I am sharing something very special and close to my heart i.e. my reasons on why I love the Constitution of India. Even if this post convinces one of the Blog's readers that our Constitution is a unique Indian document, the purpose behind it would be served. Jai Hind!
Happy Republic Day to my fellow Indians 🇮🇳 Let's take a resolve to uphold the principles and values enshrined in our beautiful Constitution. #republicday
Recently the Andhra Pradesh government has floated the idea of abolishing its Legislative Council. Arguably the motivation behind the move is to remove the roadblock (i.e. the LC) in passing of government's desired Bills. Here I discuss the law on this legal scenario and assess the A.P government's move. #law #andhrapradesh #constitution #legal #india
Recently the Ministry of External Affairs announced that a 'Lotus' symbol shall be imprinted on new Indian passports. The Ministry's justification behind using the 'lotus' despite it being an election symbol for a political party was its status as the National Flower. In this post, I discuss the law on national symbols in India and argue that MEA's justification is legally incorrect as India has no national flower. #law #lotus #nationalflower #passport #constitution