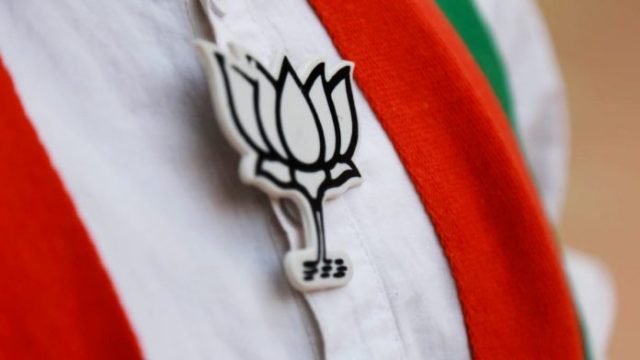 The Central government recently announced that the new Indian passports shall have a lotus symbol printed on them, as part of enhanced security features to identify fake passports. Interestingly, ‘lotus’ is also the election symbol of the Bharatiya Janta Party (“BJP”) which is the political party at power in the Centre and therefore, the opposition has attacked the move by terming it as an attempt to saffronise the country and infuse electoral politics into governance.

The spokesperson for the Ministry of External Affairs (“MEA”) has justified the imprint by stating that ‘lotus’ is the National Flower of India and is a national symbol connected by India and therefore its printing has no politics behind it. He has further stated that other national symbols (i.e. the national animal, national bird etc.) shall also be printed subsequently in the passports.

The threshold for recognition as a national symbol is very high. In fact, the Courts have even rejected a plea wherein M.K. Gandhi’s portrait (mistakenly referred to as the Father of the Indian Nation) was sought to be considered as a national symbol. The Court held that there is no doubt that people keep the portrait of Mr. Gandhi as they revere him, however, it cannot be said that the portrait represents the Indian Nation. In the words of the Court,

“People may keep his portrait because they revere him or have a great regard for him and treat him as the father of the Nation who alone brought independence of this country. By keeping his portrait, however, it cannot be said that there is any intention to signify that the Indian Nation as such is present or represented where that portrait happens to be. It appears to us, therefore, that it is not possible to hold that a portrait of Mahatma Gandhi is a national symbol in the sense that it represents the Indian Nation which was the only suggestion which could be put forward before us during the course of arguments when this point was considered by us.” – Karan Singh v. Jamuna Singh, AIR 1959 All 427

There are five ways in which a symbol may be recognised as a national symbol. They are,

It should be noted that majority of symbols which have been recognised as national symbols in India, gained their recognition under the above-mentioned category (a) i.e. by a resolution of the Constituent Assembly. For instance, the tricolour flag, the song Jana Gan Man, the song Vande Matram were accorded the status of the National Flag, National Anthem and National Song respectively, as per the resolutions of the Constituent Assembly.

Category (b) i.e. by a law passed by the Parliament has been used once when the state emblem i.e. adaptation of the lion capital of Ashoka was recognised as a state emblem through the “The State Emblem of India (Prohibition of Improper Use) Act, 2005.”

Till date, no symbol has been recognised as a national symbol under category (d) and (e).

As discussed above, the MEA’s justification behind the imprinting of lotus on the passports was its status as a national symbol since it was the national flower of India. It should be noted that this stance of the MEA is incorrect and contrary to government data and records which categorically state that India has no official national flower.

In an RTI filed in 2012, the Ministry of Environment, Forest and Climate Change (“MoEF”) failed to provide any information on the point of India’s national flower. (Aishwarya Parashar v. MoEF & Ors., 2017 SCC Online CIC 8611). The Central Information Commission which is the authorised statutory body under the Right to Information Act, in a 2016 order recorded that the MoEF has no official records regarding India’s national flower.

The above position is also backed by the statement of Shri Nityanand Rai (Union Minister of State in the Home Ministry) in the Rajya Sabha. In a response to a query the Hon’ble Minister said,

“As informed by Ministry of Environment, Forest and Climate Change (MoEF), Tiger’ and Peacock’ have been notified as the National Animal and National Bird respectively vide their Notification No. 25-1/2008-WL-I dated 30th May, 2011; however, no such notification has been issued regarding National Flower’ by MoEF.”

In light of the above, the stance of the MEA is patently wrong and contradicts their own previous statements.

Interestingly, the status of ‘lotus’ as the national flower is not the only factoid that does rounds on the social media. We also have hockey as the national sport, mango as the national fruit and M.K. Gandhi as the father of the nation. Although it is upsetting to see a common man blindly believe what she/he reads on social media, one can ignore that. However, when the central government makes a statement which is incorrect and wrong in law, shutting one’s eyes is difficult.

The Hon’ble Supreme Court of India in the case of Subramaniam Swamy v. Election Commission of India, [(2008) 14 SCC 318] had made an interesting observation about election symbols.  The Court opined that although a symbol is not a tangible thing, it is an insignia which provides an essential association with a political party and is a factor which weighs in with the voters (at ¶34).

The trouble in MEA’s decision to imprint the ‘lotus’ becomes apparent when one reads it light of the observations of the Hon’ble Supreme Court in Swamy’s case. The use of an ‘election’ symbol on a government document carries a political undertone and for a country that once was and aspires to be a healthy democracy, it’s not a good sign.

[PS- I wish to point out that there is a dearth of legal material on the aspect of national symbols of India, which represents the neglect of the governments (past and present) and its departments towards maintaining a robust database on the country’s national symbols. Fortunately, there exist few important judicial decisions which have discussed these issues. The petitioners/RTI Applicants who brought forth such interesting questions of law before these judicial forums, need to be commended for their efforts.]

There has been excessive debate over Andhra Pradesh government's Bill establishing three capitals in the state. In the latest post on my blog, I discuss the Bill and attempt to answer the question of who has the power to declare a territory as the state's capital i.e. the Centre or the State government? Feedback is welcome. #law #andhrapradesh #threecapitals #constitution
Just a gentle reminder to our political leaders that it is against the law to make speeches that seek votes in the name of religion. #law #delhielections2020 #constitution #constitutional #india
Happy Republic Day to all my fellow Indians! On my blog today, I am sharing something very special and close to my heart i.e. my reasons on why I love the Constitution of India. Even if this post convinces one of the Blog's readers that our Constitution is a unique Indian document, the purpose behind it would be served. Jai Hind!
Happy Republic Day to my fellow Indians 🇮🇳 Let's take a resolve to uphold the principles and values enshrined in our beautiful Constitution. #republicday
Recently the Andhra Pradesh government has floated the idea of abolishing its Legislative Council. Arguably the motivation behind the move is to remove the roadblock (i.e. the LC) in passing of government's desired Bills. Here I discuss the law on this legal scenario and assess the A.P government's move. #law #andhrapradesh #constitution #legal #india
Recently the Ministry of External Affairs announced that a 'Lotus' symbol shall be imprinted on new Indian passports. The Ministry's justification behind using the 'lotus' despite it being an election symbol for a political party was its status as the National Flower. In this post, I discuss the law on national symbols in India and argue that MEA's justification is legally incorrect as India has no national flower. #law #lotus #nationalflower #passport #constitution