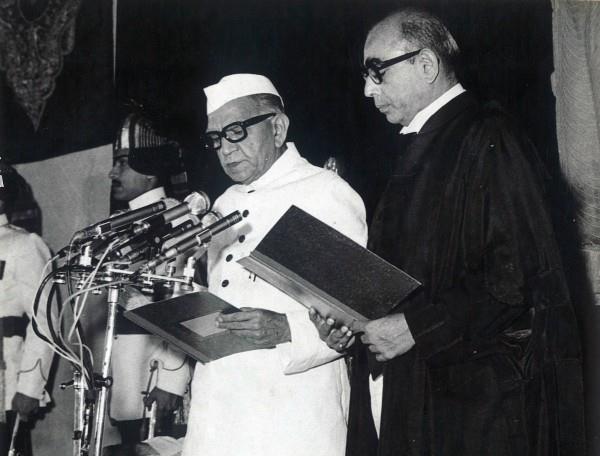 [This post is part of a special series celebrating 47 years of the decision in Kesavananda Bharti v. State of Kerala, wherein the Supreme Court of India laid down the ‘Basic Structure Doctrine’]. It has been republished by Live Law.

The decision in Kesavananda Bharti v. State of Kerala [(1973) 4 SCC 225] is significant as here the Supreme Court of India (“Court”) laid down the basic structure doctrine, according to which the Parliament can amend any part of the Constitution barring certain fundamental features. Since the decision was a major blow to ruling government which was trying tooth and nail to restrict the Judiciary’s overwatch, there were bound to be consequences.

Two days after the decision in Kesavananda, Mrs. Indira Gandhi (the Prime Minister at the time) decided to break a Supreme Court tradition that had existed since the Court’s inception. There is no provision in the Constitution regarding the appointment of the Chief Justice of India. Since the Court’s inception, the senior most Judge was appointed as the Chief Justice of India, which made it a practiced convention.

On 26 April 1973 (i.e. Forty-seven years ago from today) Mrs. Gandhi broke this convention and superseded the senior most Judge of the Court i.e. Justice Hegde, to appoint Justice A.N. Ray (a junior Judge) as the Chief Justice of India. Justice Ray in effect also superseded Justice Shelat and Justice Grover who were the 2nd and 3rd ranked senior Judges and were to become the Chief Justice in due time. All the three superseded Judges tendered their resignation in response.

It is believed that the supersession was in response to the decision in Kesavananda where the three senior Judges had ruled against the government. Justice Ray was picked as he was seen as a government friendly Judge and the government believed that he could bring an end to the confrontation between the Judiciary and the Government. Justice Ray responded to his appointment by saying, ‘if I did not accept the appointment any other junior judge would have, I did not hanker for it’. This day was termed by Mr. C.K. Daphtary (former Attorney General of India) as the Blackest Day in the history of Democracy.

Four years later, Mrs. Gandhi’s government broke the seniority convention again and this time its victim was the great Justice H.R. Khanna. In 1975, Mrs. Gandhi had imposed an Emergency in India and in response, several political leaders and other citizens were arbitrarily detained by the government. These detentions were challenged and ultimately reached the Supreme Court in ADM Jabalpur v. Shivkant Shukla (1976) 2 SCC 521. Attorney General Niren De arguing on behalf of the government, stated that during an Emergency the rights of the citizens stood suspended including their right to approach the Courts. In fact, during the hearing, Justice H.R. Khanna asked Mr. De “In view of his submissions would there be any remedy if a police officer because of his personal enmity killed another man?” De replied “consistently with my argument, there would be no judicial remedy in such a case so long as Emergency exists” . He further said, “It may shock your conscience, it may shock my conscience but consistently with my submissions, no proceedings can be taken in a Court of law that score”.

The Court by a 4-1 verdict agreed with the government’s submission and in effect held that a citizen had no right to approach a Court during the Emergency. The lone dissent in this case was Justice Khanna.

The dissent costed Justice Khanna his place as the Chief Justice of India as he was superseded by Justice M.H. Beg on the pretext that Khanna’s tenure would have been too short. I have discussed in an article before, that the architect behind these supersessions was not the Law Minister but the Minister of Steel, M. Kumarmangalam, who was the key advisor to Mrs. Gandhi, who wanted to populate the Court with judges that were believed to be supportive of government policies.

Interestingly, contrary to popular opinion the saga of supersessions was not started by Mrs. Gandhi. The desire to supersede Judges of the Court goes back to the First Prime Minister of India Pt. Jawaharlal Nehru. It is popularly believed, that Pt. Nehru was not keen on appointing Justice H.J. Kania as the first Chief Justice of India, as he felt that certain actions of Justice Kania smacked of communalism. Nehru agreed to drop the idea only on an assurance by the Home Minister Sardar Patel, who assured him that he had spoken to Kania.

Post-independence, the Nehru led Parliament had introduced several social welfare legislations, which were struck down by the Supreme Court on grounds of fundamental rights violation.  Nehru at the time had famously remarked that ‘the judges sitting in the ivory palaces are not aware about the real needs and problems of the country’.

In light of the same, India would have witnessed the first supersession in the form of Justice Patanjali Shastri. Pt. Nehru wanted to appoint Attorney General MC Setalvad or Justice M.C. Chagla or Justice BK Mukherjee as the Chief Justice in place of Justice Shastri. However, when the other six Judges of the Court heard of this, they threatened to resign and the plan was dropped. In 1954, Nehru wanted to supersede Justice M.C. Mahajan, and appoint Justice B.K. Mukherjee as the Chief Justice, however the Associate Judges again threatened to resign and the idea was dropped.

Three years before superseding Justice Hegde, Mrs. Gandhi wanted to supersede Justice JC Shah, who was to succeed Justice Hidayatullah as the Chief Justice. However, Justice Hidayatullah threatened to resign along with the other associate Judges (except Justice Ray) if the supersession was carried out. It is believed that Justice Hidayatullah, also threatened Mrs. Gandhi that India was soon hosting an international convention of lawyers and if Justice Shah was superseded the whole world would know what happened. Similarly, Mrs. Gandhi’s government wanted to supersede Shah’s successor Justice S.M. Sikri as well, but the plan could not be carried out as the government’s plate was full handling the dispute within the Congress party.

On Judge’s supersession, a Member of the Parliament had famously remarked that, ‘The boy who wrote the best essay got the prize’.

The Court warded off the Executive interference in the appointment of the Chief Justice for the first 23 years, by threatening to resign en banc if any attempt to supersede a Judge was made. However, in 1973 the Court’s unity was breached and Justice Ray accepted the post of the Chief Justice of India at the cost of Justice Hegde. Executive’s interference in matters concerning the Judiciary, breaches the cardinal principal of separation of powers. Fortunately, there have been no further attempts at supersession in the Court and the seniority convention has remained intact.

The author does not wish to offend or disrespect any member of the legal fraternity with this post. The facts and events stated in it have been reported in the public domain. The author has relied on three primary sources which are : ‘The Judges of the Supreme Court of India (1950-1989)’ by Gadbois Jr., ‘Neither Roses nor Thorns’ by Justice H.R. Khanna,  ‘God Save the Hon’ble Supreme Court’ by Fali Nariman and ‘In Sua Causa: What the judiciary has done to itself’ (published in the Caravan) by Rahul Dev.

In picture – Justice A.N. Ray taking oath as the Chief Justice of India.