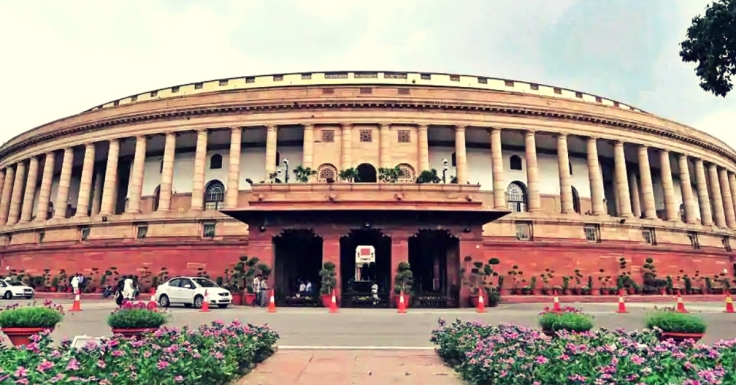 Eminent Scholar and Member of Parliament Dr. Shashi Tharoor in a recent article has argued that India should move to a presidential system of governance, from the present parliamentary system. The premise of his argument is that a parliamentary system produces governments which focus more on politics rather than their actual performance of serving the people.

The demand of Dr. Tharoor is not new and goes back to the Constituent Assembly of India, wherein there were voices advocating for a presidential model like the United States of America (“USA”), as against a parliamentary model inspired from the United Kingdom (“U.K.”). In fact, even after adopting our Constitution, the demand for a presidential government kept resurfacing, mostly for the wrong reasons.

In the present post, I shall trace the history of the demand for a presidential system in India, starting from the Constituent Assembly. This shall help in identifying the primary reasons why such a model was rejected. I shall also discuss the instances wherein this demand resurfaced and the reasons behind it.

Before moving to the Constituent Assembly Debates, it will be useful for the readers to understand briefly the difference between a presidential and a parliamentary model of governance.

In a parliamentary system, the voters elect their representatives to the Parliament, amongst whom a Prime Minister and the Council of Ministers are chosen. Usually the Prime Minister is the popular face of the political party, based on whom the electors vote. A parliamentary system does not have a strict separation of powers between the legislature (which makes the law), executive (which implements the law) and the judiciary (which tests the law on the anvil of the Constitution). In India particularly, the executive i.e. the Council of Ministers is chosen amongst the legislature itself. Therefore, so long as a political party enjoys support in the Parliament, it has wide powers to bring radical changes. The Executive is headed by the President, who is a titular head without any real powers. In other words, he represents the nation but does not rule the nation.

On the contrary, in a presidential system the three pillars of governance i.e. legislature, executive and judiciary are in watertight compartments. There is a complete separation between the executive and the legislature, unlike a parliamentary system. For instance, in USA, the Congress (consisting of elected members of the House of Representatives and the Senate) represents the legislature, whereas the Executive is represented by the President who is elected independently. Further, she/he (along with her/his Cabinet members) cannot be a member of the Congress, thereby ensuring that she/he has no say in the functioning of the Legislature.

The presidential system ensures that the Executive is not dependent for its existence on the majority in the Congress. Since, the elections of the two bodies are held separately there is greater accountability as the Executive does not always enjoy the support of the Congress. However, if it does, the President has unbridled and unimaginable powers.

A. Constituent Assembly and the Presidential System-

The draft Constitution placed before the Constituent Assembly had adopted a parliamentary system for India, inspired from the UK. The decision was not accepted unanimously and there were opposing voices raised in the Assembly.

Shri K.T. Shah moved a resolution to amend the Article dealing with the President. It read, “The Chief Executive and Head of the State in the Union of India shall be called the President of India.”

This sparked a debate on the presidential system vis-à-vis the parliamentary system. Shri Shah argued that for a new nation like India, a complete separation of powers would be desirable and would ensure a measure of independence. He further argued that in a parliamentary system elected representatives encompassing the legislature, were bound to be influenced by their political party rather than by reasons of principle (10 December 1948).

Shri K Santhanam responded to this argument by highlighting that even USA does not have a complete separation of powers, as the President tries to manipulate the judiciary by appointing Judges amenable to his views. His main argument was that in a presidential system the executive and legislature are often at loggerheads on key issues. He cited the example of USA where the loggerhead at times had continued for three to four years, until either the legislature was renewed or a new President was sworn in. According to him, India could not afford to lose such a period of time in conflicts.

The above argument was supported by Shri Alladi Krishnaswamy Iyer. He argued that an infant democracy cannot afford the risk of a perpetual rift between the legislature and the executive. He believed that the object of the Constitution was to promote harmony between the organs of the government.

When Dr. Ambedkar’s turn came to speak, he merely said that I agree with what Mr. Krishnaswamy has said and cannot add anything further. The amendment of Shri Shah was turned down. The Constituent Assembly seemed to have picked stability of governance over more responsibility and conflict was a possibility with the presidential system.

B. Demands for Shifting to a Presidential System:

It was also advocated by the Shri Chenna Reddy (then Chief Minister of Andhra Pradesh) who called for convening a Constituent Assembly which could change India to a presidential system of government. The idea became so real that Shri Shiv Shankar (then Minister of Law) had to clarify in the Rajya Sabha that the government had no such intentions.

Mrs. Gandhi herself welcomed the idea implicitly when she attended the All India Conference of Lawyers on 25 October 1980, which was organised only to push through a resolution for a presidential system. Presidential elections were due in July 1982 and according to rumours Mrs. Gandhi was desirous of securing the post of the President for herself and that of the Prime Minister for her son Shri Rajiv Gandhi.

According to Mrs. Gandhi’s personal secretary i.e. Shri PC Alexander, she told him, “Haven’t I done enough for the party and shouldn’t I now hand over the burden to others”. She believed the position of the President would provide her the much-needed respite for rest and writing, and she could continue to advice the government in her capacity as President.

Shri Atal Bihari Vajpayee had remarked that, ‘the talks of a presidential system indicated a deep conspiracy aimed at perpetuating the hold of a political party.’ Similarly, Justice HR Khanna found the idea particularly dangerous because the spokesperson of a political party with an absolute majority in parliament had made clear its intention of clipping the power of the Courts. The idea was opposed by JP Narayan as he believed that the temptation would be too great for a President, if he was strong to usurp people’s right.

The idea also had its supporters. The great Nani Palkhivala was behind the system as he believed that it enabled the President to have an outstanding unelected cabinet. An unelected cabinet would ensure that the members are not motivated to adopt cheap populist measures and hence, focus on governance. He also believed that it would stop defections, as legislators would not be motivated towards securing an office.

C. Can India have a Presidential System?

The Constitution of India provides for a parliamentary form of governance. Therefore, a switch to a presidential system would require a constitutional amendment. In 1973, the Supreme Court in its landmark judgment in Kesavananda Bharti v. State of Kerala, (1973) 4 SCC 225 laid down the basic structure doctrine. According to the doctrine, the parliament in exercise of its amending power cannot change the core/basic features of the Constitution.

There was no clear opinion of the Court on whether a parliamentary form of government constituted the ‘basic feature’ of the Constitution and hence could be amended. For instance, Justice Ray and Mathew believed that a change to a presidential system was permissible whereas Justice Jagmohan Reddy believed that a parliamentary democracy was part of the basic structure and hence, beyond amendment by the Parliament.

However, in later decisions the Court categorically laid down that a parliamentary system of government constitutes the basic feature of the Constitution and hence, cannot be amended (Jammu and Kashmir National Panthers Party v. Union of India, (2011) 1 SCC 228 & Kuldip Nayar v. Union of India, (2006) 7 SCC 1).

An interesting argument was made before the Supreme Court in the case of UNR Rao v. Indira Gandhi, (1971) 2 SCC 63 wherein the petitioners argued for reading/interpreting the Articles governing the President in a novel fashion.

Article 74 of the Constitution reads,

“There shall be a Council of Ministers with the Prime Minister at the head to aid and advise the President who shall, in the exercise of his functions, act in accordance with such advice…”

The petitioners argued that the word ‘shall’ in the Article should be read as ‘may’. If such an interpretation was accepted, a situation could arise wherein the President functioned without a Council of Ministers including the Prime Minister. In other words, the President could have ruled the country (without a Council of Ministers) till the time she/he was impeached by the Parliament which in effect would have been running a system akin to a presidential one.

The Court rejected this interpretation, as it believed that it changed the concept of ‘Executive’ as provided in the Constitution.

In Janaganavadi Bharat Academy of Constitutionalists v. Government of India, (2004) 56 ALR 297, the Allahabad High Court was presented with a petition that prayed that once a person is appointed as a Prime Minister or appointed to the Cabinet, she/he must vacate her/his seat in the Parliament. The suggestion was arguably inspired from the US presidential model. The Court rejected the petition, holding that India has a parliamentary system which has no such requirement, unlike the presidential system.

The demand for a presidential system is now new in India. The arguments raised by Dr. Tharoor are praiseworthy and in fact, bear resemblance to the views of Shri Palkhivala. However, if the past 70 years of India’s constitutional history are looked at, the demand for presidential system has not been popular. It has often been looked at with suspicion that it might be used to serve ulterior motives of retaining absolute power.

Legally, a shift to a presidential system can only come through an amendment to the Constitution. Even if enacted, the amendment would likely be struck down by the Courts using the basic structure doctrine, as a parliamentary form of governance constitutes a basic feature of our Constitution. Therefore, only two possibilities remain. First, either the judgment in Kesavananda Bharti is overruled or second, the idea of a presidential system is dropped. Personally, I hope for the second, as the nation cannot afford to lose the ruling in Kesavananda Bharti.

I do not wish to offend or disrespect any member of the political or legal fraternity with this post. The facts and events stated in it have been reported in the public domain.